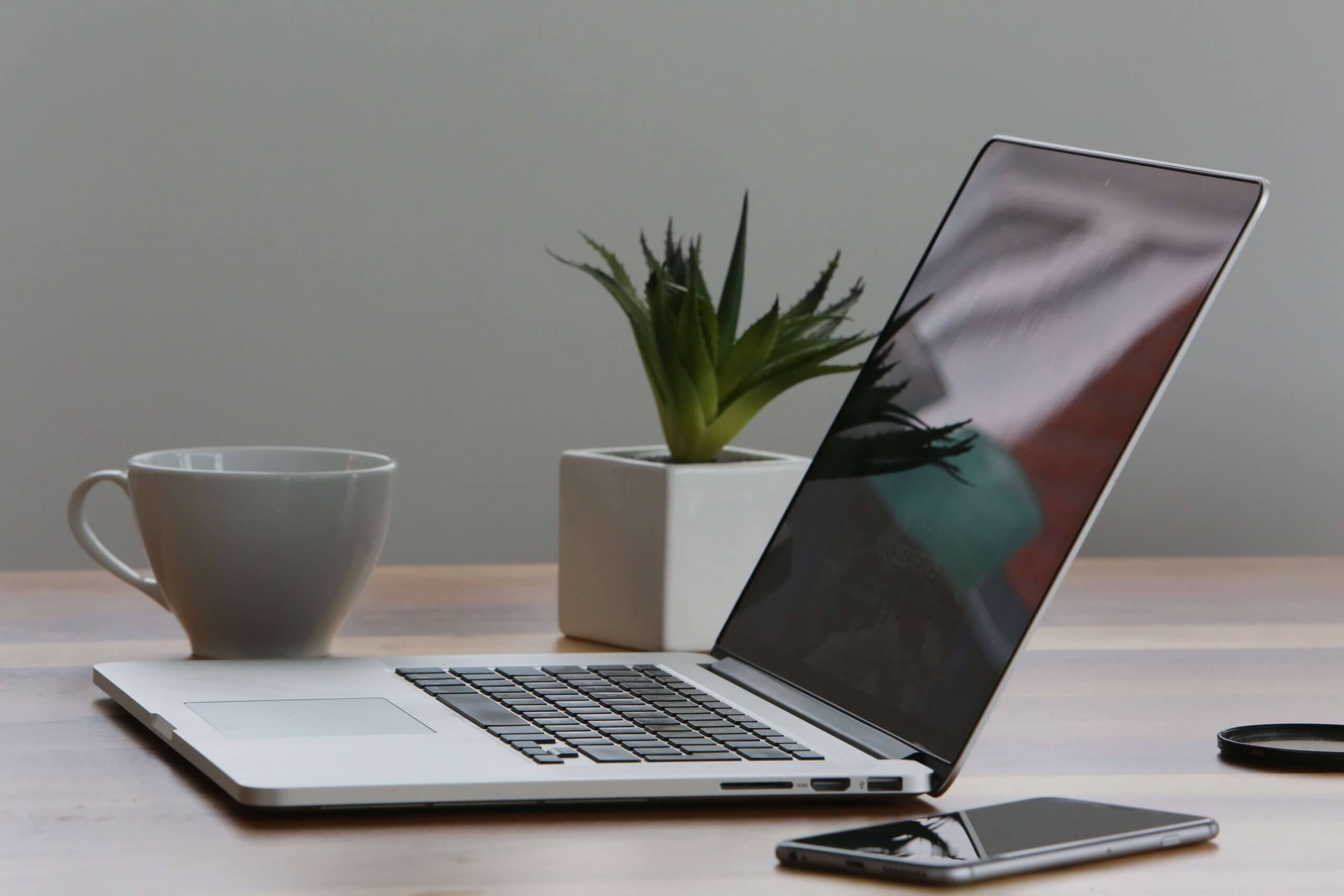 Unless you’ve been living under a rock for the last 60 years, you know that the Super Bowl is the most viewed sporting event in America.

But it’s not just the USA who’s paying attention. The whole globe turns its gaze on this ultra-commercialized annual event. And with so. many. eyeballs paying attention, advertisers are eager to get their message out there. Ideally in a memorable way. So here are just some of the Super Bowl 2022 ads that I promise will make for excellent water cooler fodder. Bonus, I threw in my (completely subjective!) verdicts: great 🤩, ok 🙃 and meh 🥲.

What better way to start working on making electric cars super cool than having Schwarzenegger play Zeus himself? BMW kept their ad short, sweet, and quirky by adding in tiny Peggy (they really embraced for the Greek mythology theme)!

And yes, Salma Hayek is still incredibly gorgeous! If you want to see more of her as Hera, check out the director’s cut of the same ad.

Budweiser’s approach for Super Bowl 2022 tugs at the heart from the very few seconds of the video. The dog from previous years’ commercials who was saved by the horses is now grown up now taking care of one of his heroes. Aww, shucks, right in the feels!

Accompanied by the tagline “World: it’s time to Unleash Your Flamin’ Hot. Yep, that includes sloths too” Doritos has left a few of us scratching our heads while the rest are completely enamored with the agile sloth and the bear twerk. Which camp do you belong to?

Touted as “extremely well done” and “touching” all over the internet, Chevrolet’s ad for Super Bowl 2022 pulled at our heartstrings all in under 60 seconds. If you’re a Sopranos fan, this one will be a tear-jerker!

Amazon’s mantra seems to be “go big or go home”. That’s exactly what their Super Bowl ad embodied this year. Featuring real-life married couple Scarlet Johansson and Colin Jost, the clip is more like an SNL sketch than an ad. Sharp and witty, Amazon relied on the couple’s likeability and chemistry to deliver one of the best ads for this year’s Super Bowl.

And marketers will surely appreciate the subtle nod to Whole Foods. Branding on fleek!

Matthew McConaughey can recite the alphabet and I’ll listen raptly. But Salesforce had something more eloquent for him this year. Uniting us all under the “Team Earth” hashtag, Salesforce subtly pokes fun at the Metaverse and encourages us all to live in the present. Can’t say I was swept off my feet so this one is going in the “meh” category.

Another ad that will hit you right in the feels. Toyota’s Super Bowl inspiring ad will leave you wanting to see a longer version of the 90-second clip. The marketers behind this commercial were obviously aware of the benefits of leveraging human faces and stories to bring life into the brand.

Squarespace“Sally’s Seashells” with Zendaya and narrated by André 3000

Is there anything Zendaya can’t sell?! Squarespace fully embraced alliteration in this Super Bowl ad and I can honestly say the title of the commercial will be ringing in my ears for the rest of the day (Sally sold seashells by the seashore. Say that 10 times faster!) Pair the punchy script with a cheerful montage of sun-kissed Zendaya on the beach and I’d venture to say Squarespace has a winner on their hands.

Is the Paul Rudd – Seth Rogen combination a match made in heaven? Asking for a friend. Lay’s commercial starts off as nostalgic but then things take a turn when the ad creators decide to bring in Hollywood tropes and stereotypes. In my opinion, it’s a golden combo (see what I did there?)

Did Nissan just win the internet for making Eugene Levy an action hero? Asking for a different friend. This faux trailer will have you smiling and laughing on the edge of your seat by the time it’s over. And yes, it will leave you wanting more. Job well done? I’d say so.

If you watched this just to see Idris Elba talk and walk, that makes two of us. Booking.yeah? More like booking.meh.

Irish Spring didn’t splurge on a celebrity for their ad this year. To be completely honest, not sure what celebrity would’ve had the superpower to make this script work since it looks like they also cut costs in the writers’ department.

Behold, the comedic genius of Larry David, cleverly captured and delivered by FTX. If there’s anyone who can get paid to appear in a crypto Super Bowl commercial and still say he’s against it, that would be Larry David.

“Get glowing like Lindsay Lohan” didn’t sound like a smart choice at first, but Planet Fitness managed to get the Mean Girls star to become likeable by poking fun at herself. Though the commercial hashtag, #FeelFitacular, is uninspired (to put it mildly), the SNL-worthy jokes redeem the ad enough to bump it into the “ok” category.

And the winner of the most adorable Super Bowl ad in 2022 goes to *drum roll* Kia! Look me straight in the eyes and tell me you didn’t go “aww” just by looking at the thumbnail. Kia created an adorable robo dog that is saved by their electric car. Meanwhile, cat lovers of the world are waiting for the feline version of this cute commercial.

Porsche and Tom Cruise go together like peanut butter and jelly. While the visuals and edit in this ad are epic, it does leave us wanting more meat on the bone.

Community fans, rejoice! Planters chose the best duo to deliver peanut-specific banter that quickly escalates into a screaming contest. The results are… okay.

Self-aware much? Pringles seems to have shrugged their shoulders and mumbled “it’s not a bug, it’s a feature” with their 2022 ad. Well-executed and memorable this one gets two thumbs-ups from us.

Sam’s club worked with Kevin Hart to drive home their message this year: “VIP Club is worth it”. While I see what they were trying to achieve, I can’t figure out if it’s the condescending tone or the flat jokes that made it ever-so-slightly cringey.

There’s a new way to buy and sell cars and Vroom is shouting about it at the top of their lungs… in musical format.It seems like Vroom played it safe and took the traditional approach that drives their message across but doesn’t really make a lasting impression.

Ready to sleep with John Legend? Well, sort of. Clothed in a hot-pink floral bath robe and lounging on a fluffy rug in front of a fire, Legend is promoting Headspace in a soothing voice. This is an interesting angle for Headspace who usually sticks to animations and non-celebrity work.

Stella Artois’ commercial is a head-scratcher. Meant as a nudge in the “take time for yourself” direction, the ad combines real-life actors and animations in an urban setting. Maybe a bit too philosophical, but we get the point.

TurboTax rolled up their sleeves and got creative this year! They take us through various scenarios and drive home their point in under 45 seconds. Color me impressed!

Cha-chiiing! Rakuten’s Super Bowl commercial left no room for interpretation. The power of association in this ad does wonders for Rakuten. The creatives behind this bet all their chips on the humor factor and I’d say they have an invincible hand.

Hellmann’s Mayo worked with SNL star Pete Davidson and former linebacker Jerod Mayo on tackling food waste. Under the “Make taste not waste” slogan, this commercial is simple yet effective. You’ll definitely remember Jerod Mayo tackling a mother using a crutch and a grandmother in front of her fridge.

Carvana played it safe and funny with a cute montage of a hyperenthusiastic customer. While cute and entertaining, I don’t think this one is memorable. On the contrary, I’m probably going to forget it by tomorrow especially since their slogan (We’ll drive you happy) went in one ear and out the other.

And that’s a wrap on the Super Bowl 2022 ads roundup. We’ve seen some excellent ideas in this list (looking at you, Amazon) and some pretty big flops *cough* Irish Spring *cough*. Can’t wait to see what next year’s ads have in store for us. Relentless advocate and practitioner of putting users before Google algorithms since 2016. Geeks out over everything tech SEO. Dabbles in photography and is a natural-born reader.