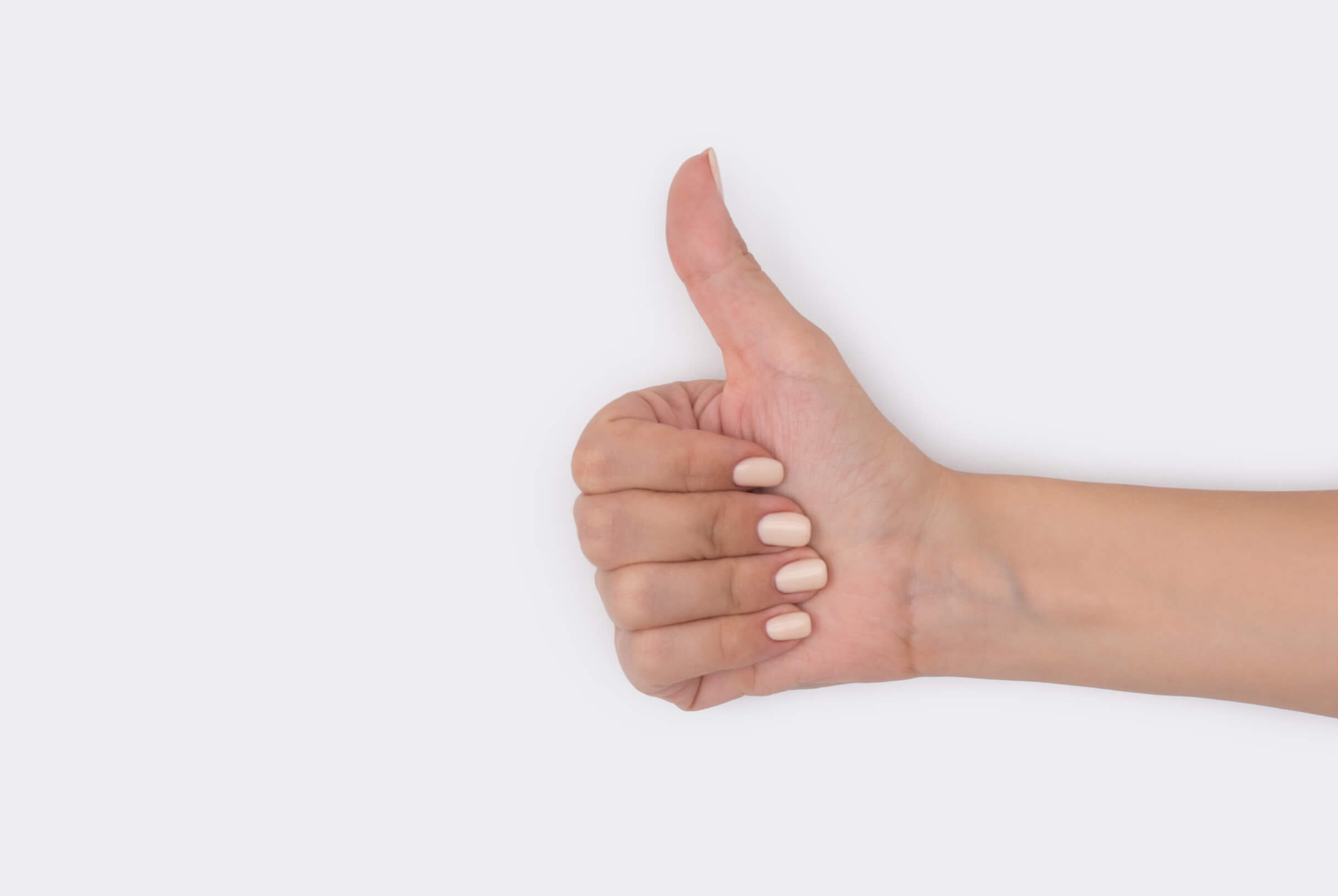 We loved everything about social media in 2017.

It was an amazing year for the Planable team. We graduated the Techstars London accelerator program.  Our team expanded our engineering team, introduced subscriptions plans, a new composer. And 2017 on social media was extremely hilarious. Facebook, Youtube, Twitter had already published their social media year in review, but the audience wants more! We’ve seen everything this year – beautiful ads, funny campaigns, rise of Augmented Reality (AR) apps, advancements in social media networks, acquisitions of tbh, and politics on Twitter like never before.

We thought of an idea, to create the most epic page to summarize the social media year in review 2017.

I’d love to know what you think about it. If we happened to miss something, let us know. We’ve split this, in several articles to make it easier for you to read, laugh and be amazed:

All of us have seen this McDonald’s famous tweet on Black Friday. Initially, everyone thoughts that the social media intern should be definitely fired after this. Though they managed to turn the situation around and the post went viral. We’re pretty sure their digital team would like to avoid this kind of oops’es in the future. (and they could do that with Planable :wink:)

Exactly same day, a couple of hours later another tweet reached 10x better results on social media. It’s a reply from Wendy’s, the badass brand on Twitter. Completely worth it for our social media year in review! Recently, Wendy’s made an AMA on Reddit that we recommend you to check it out.

When the tweets are as broken as the ice cream machine. https://t.co/esdndK1iFm

As one of the most popular ads on Youtube this year, became the short-film by Dior, featuring Natalie Portman’s stylish and romantic video. “It’s a love story, full of ups and downs” says Natalie in one of the latest interviews with Vogue, featuring the Sia’s song – “Chandelier”

It’s not a surprise that celebrities reach millions of likes in a couple of hours on social media. This particular photo breaks all the records. 36 year old singer Beyonce, reached up to 10M likes on Instagram for the first public photo of twins.

Virgin Orbit thought of a cleeeeever way to show how big space is, let’s give them a round of aplause 👏.

Ellen was so flattered to receive the access to 280 characters, recently rolled out by Twitter. She has so much to say about it, that 140 were “almost” enough.

I’m so excited to be part of @Twitter’s #280characters rollout. Let me just say it’s an honor and a privilege. I’d like to thank my wonderf

@caitlin__kelly was not impressed by 280 characters

Super excited about the move to 280 characters!

----
CONFIDENTIALITY. This tweet is intended only for the use of the recipient(s). If you are not the intended recipient any dissemination of this tweet is prohibited. If you received this in error notify the sender immediately.

Skittles smart commercial was presented at Super Bowl 2017, what do you think of this one?

State Street Global Advisors presented the world a sculpture called “Fearless Girl”, in partnership with McCann New York. According to Bloomberg, all the tweets, selfies and news reports mentioning the artwork has resulted in $7.4m in free advertising for the financial firm that commissioned it. It’s definitely a success.

One more post for our social media year in review comes from Burger King. Their new ad called “Google Home of the Whopper”, by the David Miami Agency. It cleverly used 30sec for its highest potential, by saying “Ok, Google”. But in a few days, Google blocked the ad from triggering the devices and BK quickly devised a workaround. Definitely one of the best social media campaign in 2017.

Apple always surprised their fan base with the beautiful commercial. This time they’ve created the Instagram account and share the news iPhone in this ad. With a narration from the late Carl Sagan book “Pale Blue Dot” to deliver stunning photography.

Do you think that a 16-year-old Carter Wilkerson (@carterjwm) expected to receive 3M RTs on Twitter, by a simple reply to Wendy’s? Well… his tweet went viral organically and let to mainstream media blitz like we’ve never seen. It’s one of the most retweeted tweets of all time.

HELP ME PLEASE. A MAN NEEDS HIS NUGGS pic.twitter.com/4SrfHmEMo3

Let’s talk about KFC now, one day in the middle of October. @edgette22 has seen something very weird that made it the highlight of the week. KFC follows only 11 people, who are they?!

11 Herbs & Spices. I need time to process this.

Definitely one of the best Amazon Product Reviews EVER!

There was an unexpected distraction for Professor Robert Kelly when he was being interviewed live on BBC News about South Korea. But he managed to keep his composure and complete the interview successfully.

Penn State IFC used Twitter to help the ones in need during the devastation in Houston.

With the current devastation in Houston, we are pledging $0.15 for every RT this gets! Please forward this along to help out those in need! pic.twitter.com/lodyOBE0eG

We Are Social comes with one of the most popular social media campaigns of the year Domino’s “Alexa, ask Domino’s to feed me”. Skill enabled UK consumers to ask Alexa to order a pizza. Since its launch and promotion via social media, the campaign (which ran in September) garnered 2.7 million impressions on YouTube and 4.4 million on Facebook.

Ikea made Augmented Reality easy to use in their new app called Ikea’s Place, that you can download right here.

VCCP agency and Canon made the campaign ‘Live for the story’. Canon wanted to engage a generation that had found it irrelevant. It launched an influencer-led push with model and actress Zoë Kravitz. Urging people to share their stories of summer on Instagram under “#liveforthestory” for the chance to “chase summer” for a year, that got over 185k posts on Instagram.

Social Chain, one of the most dominant UK agencies with Steve Bartlett, as CEO reached 24M impressions in the latest campaign for SkyBet, during the Championship Play-Offs.

For the final on 29 May, the team was there to capture the emotions throughout the penalty shootout between Huddersfield Town and Reading. The final video resulted in 3 million video views and close to 98,000 engagements. Overall, the entire campaign, including its “Through the eyes of the fans” activations and competition, recorded 24 million impressions and 254,776 engagements. 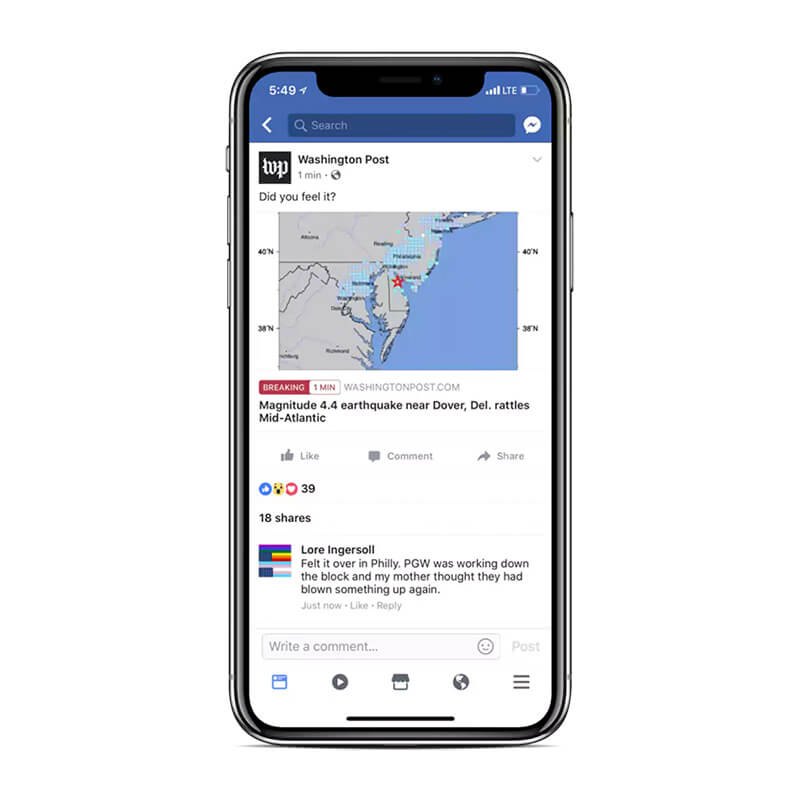 Taco Bell used Cinco de Mayo as an opportunity for their social media. Taco Bell let Snapchat users live their dream and become a taco! The lens was viewed more than 224 million times in one day. With Taco Bell dishing out $750,000 for the pleasure – at a cost of just 0.3 cents per view. Not bad at all. *(more here) . 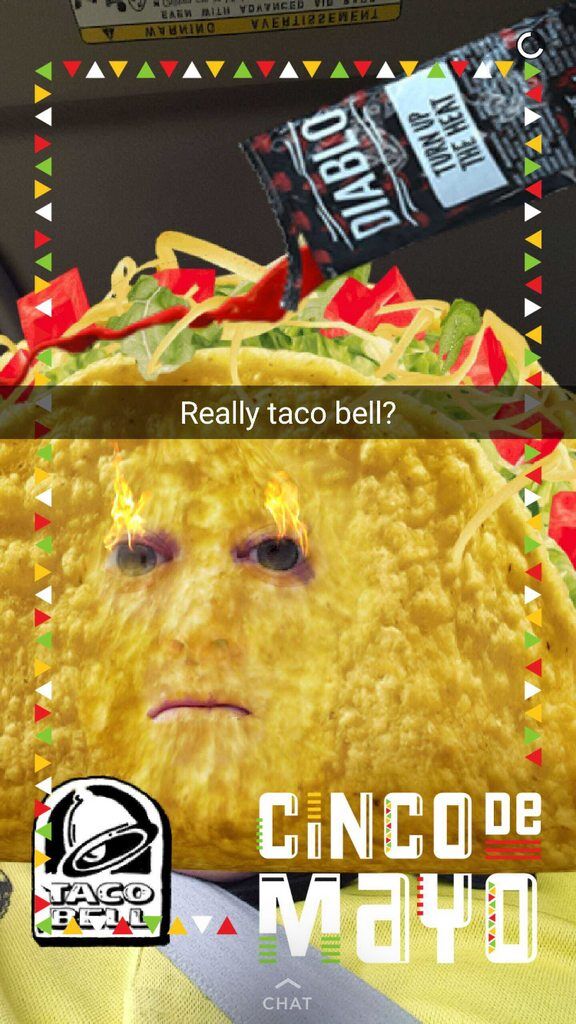 HBO made their fans to watch an ice block melting to reveal the premiere date, that’s it. You can see the video right here. 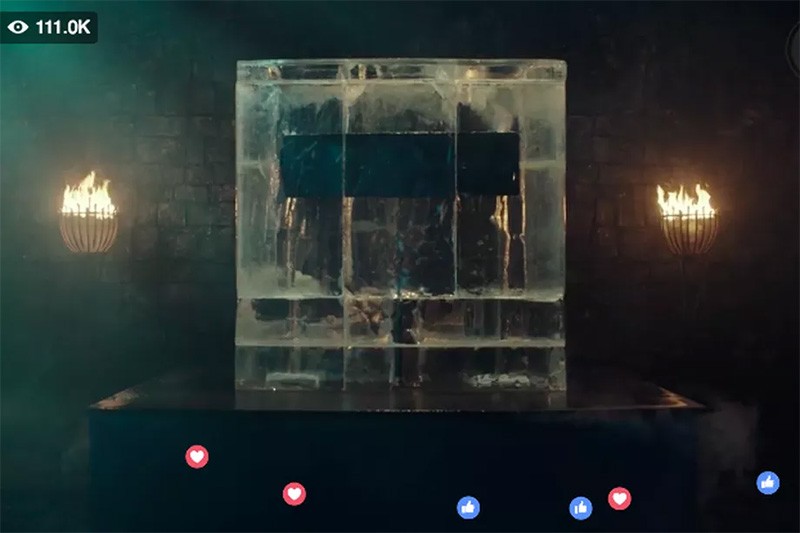 Wix comes with their commercial, featuring Gal Gadot, the Wonder Woman star and Jason Statham, with 5.5M views on Youtube by today.

The Webby award-winning campaign played on Deadpool’s self-aware personality, which made him the ideal candidate for rowdy Snapchat stories and other social media parodies. The social media content saw more than 200 million impressions and received a huge amount of organic media coverage. Fans became obsessed with Deadpool and, ultimately, it helped the film become Fox’s best-performing Digital HD title to date – impressive stuff. 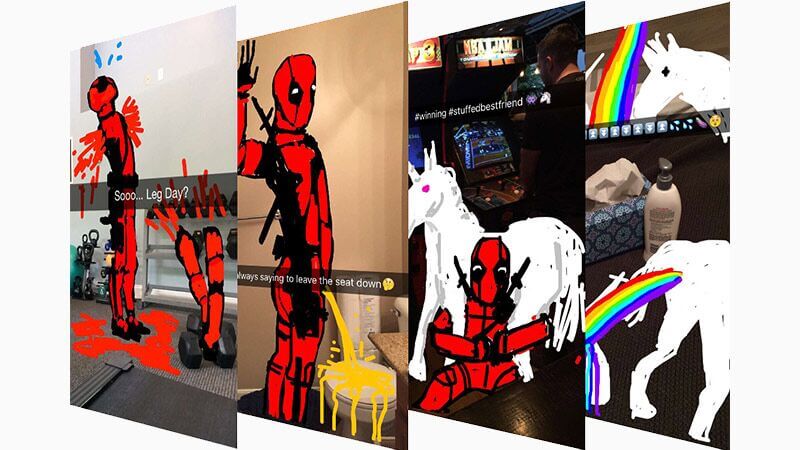 Sexy and wild commercial by Mr. Clean at Super Bowl this year. Mr. Clean earned a grand total of 11,700 mentions on Facebook, Twitter, and Instagram in just one minute. The commercial has up to 17M views to date on Youtube. Ladies check this out :wink-wink:

To be honest, one of the most popular meme of this year – Salt Bae – Nusret Gökçe. The owner of a now thriving chain of Turkish steak houses, Chef Nusret Gökçe went viral with his Salt Bae social campaign.

John Mayer used Live on Instagram for a variety of methods. John performed some of his new songs to the fan base, answering questions, telling stories and having fun.

We’ve been expecting stories to come everywhere, even Excel and pregnancy tests!

Um, say what? Did that just happen? If you were watching the Oscars during the epic fail that was the announcement of the WRONG best picture winner. You’re probably still shaking your head at the cringe-inducing botch. And so are celebs everywhere, who, like us, cannot believe what just transcribed.

Has anyone done this yet pic.twitter.com/zTK1t0hI4D

Have you ever been in the most perfect position in your bed, and then understood that there’s something urgent you have to do. This bus is the exact same thing. Jason Rudge, a video producer at the Weather Channel, had arrived at a media platform at 4 a.m. on Nov. 20 to live-stream the Georgia Dome’s implosion on the channel’s Facebook page. The implosion wouldn’t happen until 7:33 a.m., so he had plenty of time to set up the shot.

That’s all for best social media posts of 2017. What’s your favorite?

Read next: The Worst Social Media Posts of 2017

Dropped out of college, moved to another country with 2 of my friends and built Planable (Techstars London '17), social media collaboration platform, at 19 y. o.

Dropped out of college, moved to another country with 2 of my friends and built Planable (Techstars London '17), social media collaboration platform, at 19 y. o.

Dropped out of college, moved to another country with 2 of my friends and built Planable (Techstars London '17), social media collaboration platform, at 19 y. o.
Get Planable
Share this post